Perhaps many of you may have been wondering..where in the heck has Mark been? I haven’t heard from him in ages??  Well ladies and gents, he has been hard at work getting RED CARPET READY.  Yes you read that correctly, Mark has been training at the gym, snacking on seaweed and hitting the spray tan in an attempt to be in tip top shape for the 83rd Annual Academy Awards Ceremony in Hollywood. Even Boo Kitty is gearing up for her big flight from YYC to LAX and ironically- staying close to the ever so popular “dog beach”.

Mark will be sporting his tux on February 27, as he stands elbow to elbow in the interview alley with his pro camera (and his iPhone...) - snapping priceless and amazing photos of all of Hollywood’s royalty as they enter the Kodak theatre- awaiting Oscars' glory...  Stay tuned for a further (in depth) wrap of the “he said, she said” or "what she wore, what he swore", how the backstage buffet was like this year, and as well photos and much much more. And by all means be sure to watch the red carpet broadcast leading up to the Oscars as you just might see our friend. (Boo will stay home- and maybe go the beach...)
Until next time…
Charli 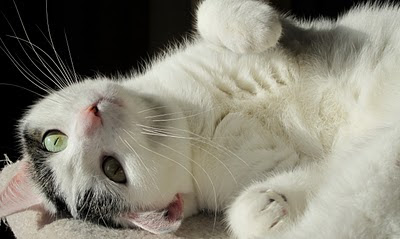 Posted by Following Mark Mennie, Photographer at 11:16 AM 1 comment:

A Cowboy in Dubai

On Mark’s latest trip to Dubai for the 2010 Media Show, Mark brought with him an invaluable traveling companion….. COWBOY DAVID!!  Mark met David Heydlauff and his brother Ralph almost 20 years ago, while capturing his infamous Altawan series and they both quickly became an inspiration to the timeless personal photography project. Recently deciding to formally print and display this intriguing collection in 2009 in Washington DC, Mark was motivated to share it with the Dubai Media and Marketing Show again in 2010.  And what better way to bring the photographs of the prairie, nestled in the southern corners of Alberta, Saskatchewan, Canada and the international border of Montana, alive then to bring a beloved piece of it with you……COWBOY DAVID!
David a born and bred cowboy, had never been more than 500 miles from home much less ever boarded a plane or even seen the ocean.  Dubai was going to be an adventure for all to say the least!!  But at the risk of sounding cliché, David saddled up his horse and rode away into the sunset- (or the sunrise- as “Do-buy” is way east of da’ ranch- and into a good story at the VERY least)
All of Mark’s apprehensions quickly faded when David arrived in Calgary in a bright magenta shirt, which would become a beacon of light for Mark in the coming days.  All and all a fairly uneventful trip from YYC to DXB, as David only got lost once on the 15hr flight on the Emirates 777.  Luckily a kind flight attendant helped him back to his seat. (David also noted Mark’s appreciation of Emirates’ flight attendants...) It was during their short layover at IAH, that I had the privilege of sharing a cup of joe with the traveling cowboy and I instantly envied UAE for the gem of a soul they were about to receive.
Ok so let’s be honest here folks…. at times….yes there was a bit language barrier, but David’s “get-up”(s) always seemed to speak in Arabic or Indian- “I got to meet this guy...” everywhere he went that he seemed to fit in instantly. Everybody addressed him as “Taux-zez”.  When David lost his fearless leader at the Dubai Ikea (DAY 1), a local Emiraty couple let him borrow their phone after inquiring about his “hat” which lead to an interesting conversation about the mis-understood mystique of the Abayya and local Emiraty culture. And once the convention started he was an instant sensation donning chaps, spurs, and cracking his bullwhip (don’t worry security was of course informed beforehand so it was not to be mistaken as gun shots…could you imagine??), which seemed to mesmerize and draw interest to take a picture of perhaps Dubai’s very first Alberta Cowboy.  David was an overnight sensation, handed the “ribbon cutting opening VIP” a set of  real spurs and even made the local Arabic News one evening.  I think Mark probably really wished he could start charging for autographs…..next time!
It was not all business while in Dubai though, Mark eventually unhitched his show stopper for a chance to take in the sights.  Stop # 1 the old shopping district of Banniyas Square, where David quickly sniffed out the only “TEXAS” store (no cowboy boots- just tourist stuff...) and popped in, to give shop keepers their first and possibly ONLY glimpse at a REAL LIFE COWBOY- they were surprised. Quickly fitting in with the locals, David followed Mark around town and even to Abu Dhabi…..I think it is safe to assume again that he was the first “Alberta Cowboy” that had visited the Grand Mosque. The most anticipated stop for David was Burj Khalifa, the tallest building in the WORLD (over a half mile high)!!  Just missing Tom Cruise, who just recently filmed a scenes for Mission Impossible 4 (releasing in 2012- just wait for the un-nerving scene where our hero is sitting on the mast...)  Mark and David quickly rose to the 124th Floor in a 55 second elevator ride to witness the breath taking views.  I can only imagine what “David Heydlauff or Tom Cruise” was feeling as they both gazed out over this city of the future ….. Dave most certainly a long way from Wildhorse Alberta and Mark’s Altawan.
When David’s journey was over, he never skipped a beat as he slipped on his signature magenta shirt and quietly boarded his flight to IAH and ultimately YYC.  (Special thanks to EK for your most amazing help/service from Dubai- Air Canada-please note...) Almost as if he was returning home from a trip to the store Cowboy David returned to his much-loved Canadian home not necessarily changed but with one heck of a story to tell the neighbors.