Mark and I are back to our day jobs after a wonderful adventure in the great state of Texas. Yeehaw!!  I, of course am back to the grind of changing diapers with some PR splashed in here and there and Mark is doing some actual mission photography with STAR 7 in Winnipeg (Affectionately known as Winterpeg- but actually-by the end of the weekend- it was quite mild...).  So once again besides too frigid temps for my liking, Mark’s life is ALWAYS  so much more glamorous and exciting than mine.
HAI though was no doubt a very successful trip for Mark Mennie Photography as a whole.  Not only did we reconnected with so many friends and familiar faces, but we also laid groundwork for some new opportunities going forward. Mark and I covered a lot of territory and made a lot of headway for sure.
One of those amazing opportunities, is that Mark has been named the official photographer for the 2012 Dubai Heli Show, November 6-8.  All the logistics and exciting details are still being refined as we speak, but one thing is for certain.  Mark is going to be one busy guy this Fall, as well as gaining some amazing exposure along the way. And on a side note, this may also be the trip that he takes his parents to Dubai as well for their 49th Wedding Anniversary!  A monumental trip in the works no doubt!
Mark also was able to meet with Stefan Beker, the Executive Director of EHAC (European HEMS and Air ambulance Committee), during the show.   It has been confirmed with Stefan that Mark will be much more involved in the 2014 Airmedical World Congress in Rome. Please stay tuned, but this could be another exciting adventure to add to his agenda as well.
And last but certainly not least it was great to see/meet the Dubai Heli Show team again.  And I speak for both Mark and I when I say we had a great time catching up and getting to know each other.  I shared lots of laughs with Julia and thoroughly enjoyed meeting Abdulla and his lovely family- including his Daughter Maysoon- who is the Organizer of the Dubai Media and Marketing Show 2012. (stay tuned- yet again).  Mark and I also had the pleasure of getting to know Terry and Phil from Tangent Link while in Dallas, and valued the think tanks we had with them (challenging "Mark's old perceptions" of approaching "Charli's new projects"...) and ideas they brought forth.  To sum it up we came home with lots of information and knowledge to chew and disseminate.
In conclusion since this was like a homecoming of sorts for me, I will have to add that it was not ALL work while we were in Dallas.  Saturday night Mark, Julia and I were able to break to attend a party hosted by Bell Helicopters.  It was held at the new Cowboys' Stadium (or "Jerry World" as Texans call it) and as a born and bred Texan this was like stepping foot in the motherland.  Right down on the field we were greeted into the stadium as if we were the Cowboys themselves, inclusive of smoke machines and our faces on the worlds largest big screen.  Great food, cold drinks, good company, and an entertaining country band gave way to one perfect evening!  Mark and I were just a few minutes too late to tour the locker rooms, but we still saw enough to evoke some serious jealousy with my husband and dad.  Very cool and a highlight to my trip(shhh don't tell Mark)!
I must keep this short and sweet, because like I mentioned we have A LOT of follow up to do.   I will just leave you with a few snap shots of the group during our time in the Big D!  These were taken with Mark's iPhone and Cannon Point and Shoot. More updates coming your way very soon as this guy has a lot on his plate!
Until Next Time…..
Charli

Posted by Following Mark Mennie, Photographer at 10:22 AM No comments:

Big D Here We Come! (aka - the Texan, the Brit, the Emirati and the Canuck all meet again)

Home Sweet Home!  Texas that is!  Making the trip back to Dallas to meet up with Mark at the 2012 Helicopter Association International Heli-Expo Convention.  This year it will be held at the Dallas Convention Center in Dallas, TX February 11th-14th.  This will not only be a home coming for me after moving to Memphis, TN, but also a chance for Mark and I to check in on our adored clients and friends.  As well as action packed weekend to meet many new faces and connections.  No longer a rookie to this huge event I look forward to hitting the ground running to see and meet as many of you as possible.  Now if I can simple make sure Mark does not over sleep and stays on target then it will no doubt be a very successful show.
Mark and I have once again been so graciously asked to join the Dubai Heli Show team at their booth. http://www.dubaihelishow.com/  I am so looking forward to not only reconnecting to Julia Cuthbert, whom I had an ABSOLUTELY FABULOUS time meeting and getting to know last year, but also finally meeting  Abdulla Abulhoul and his family, including his Entrepreneurial daughter Maysoon.  Maysoon will also be there representing the Dubai Media and Marketing Show 2012 http://www.dubaimediashow.com/,  otherwise known in the Gulf region as the MMS 2012. I had the pleasure of getting to know her brother Ahmed last year at HAI and have nothing but wonderful things the rest of his family so I am truly excited to finally meet everyone. Also at the Dubai Heli Show booth will be Phil Guy from Tangent Link, which will be another new face for me.  Phil is the international conference organizer for Tangent residing in the UK.
A full wrap up of this show will follow once we return, which will no doubt include some of Mark’s endless adventures.  In the interim though please let us know if you will be attending the show as we would love to reconnect and touch base with you.  Please send Mark or I emails to let us know: charli@mennie.com or mark@mennie.com
Wrapping up a visit with his parents in Yuma, AZ , Mark will be heading to what I like to call “God’s Country” on February 9th.  I will leave you with some pleasure shots that Mark has taken in his down time- with his iPhone at Dog Beach in Del Mar CA.
Until next time.....
Charli 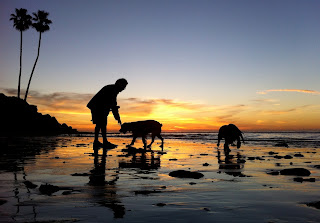 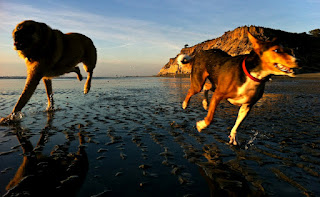 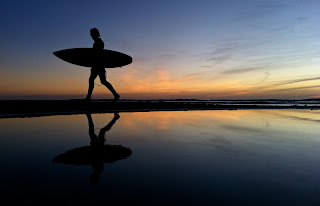 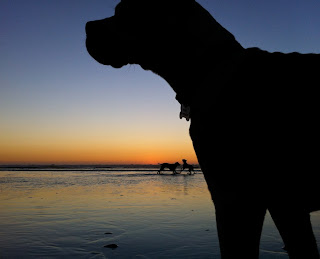 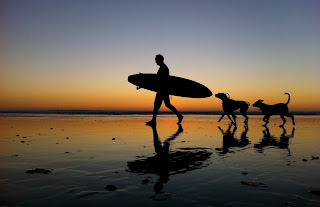 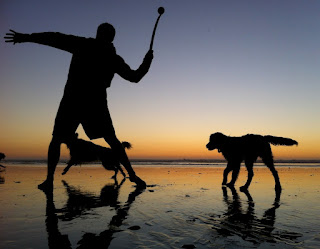 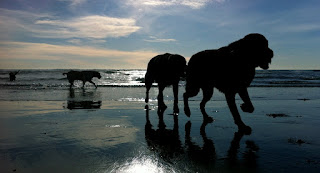 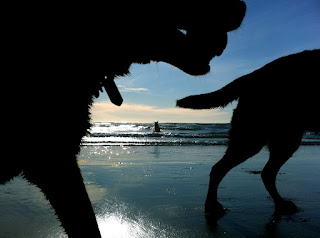 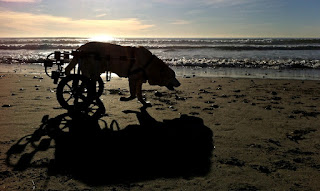 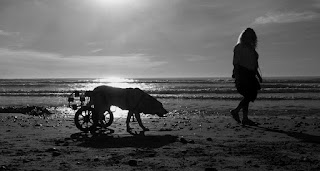 Posted by Following Mark Mennie, Photographer at 11:34 AM No comments: