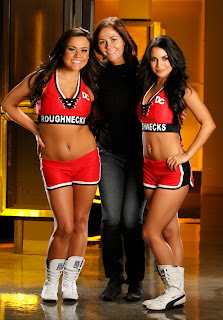 Posted by Following Mark Mennie, Photographer at 7:39 PM No comments:

Before I begin to ramble too too much a great big Happy New Year from Mark Mennie Photography, which is New Year’s resolution numero uno! I am taking the bull by the horns this year and despite Mark’s unwillingness (based upon his Art Skool background), changing Mark’s company name from Mark Mennie Photographer to Photography.  I mean I have been on board now for over a year so we are a COMPANY not an individual.  Right?  Okay it is more my need to always be grammatically correct, but humor me and say you know what I am talking about.  Thanks!
Moving right along and quickly as we have MANY resolutions and plans for this year ahead, I want you to check out just how many miles Mark covered in 2011.  I know that Mark travels A LOT but this definitely puts it all in perspective and baffles me at the same time.  Starting in Yuma, AZ on January 1st, 2011 and ending in Solana Beach in San Diego, CA on December 31st, 2011, Mark covered over 63,000 miles by Plane and Train, and that does not count an Automobile road trip in Missouri adding 1100+ miles, or even Helicopter missions photography such as the long middle of the night mission to Wandering River AB (where the heck is that?) or to Calais ME (the very NE corner of America) to the grand total.  WOW!  You got to check this out for yourself.
http://g.co/maps/s4cs9
So I had planned on closing with all of our plans for the year to come to get everyone pumped up on what you can expect from MMP in 2012, but the fact that Mark plans on traveling even more pretty much makes everything else pale in comparison.  One thing is for certain you can expect to hear a lot more from us through not only our blog , eblasts and website, but also coming soon MMP’s very own Facebook page. Among other projects and social media plans I personally am looking forward to a chance to work more closely with all of you and look forward to great great things in the year ahead.
Until then…..
Charli


Posted by Following Mark Mennie, Photographer at 8:23 AM No comments: